Widely considered to be one of the most dominant defensive players in the history of the NFL. Lewis led the Baltimore Ravens to victory in Super Bowl XXXV (where he was named Super Bowl MVP) and again in Super Bowl XLVII, in what would be his final game of his career.
‍
After successful investments he has built a multi-million dollar brand and is also an accomplished author with a New York Times best seller in 2015. Mr. Lewis has been a successful investor putting money in solar energy, real estate along with software and technology.
‍
Through speaking engagements, his podcast, 'The Ray Lewis Show: Championship Mentality', and his many television appearances, Ray tackles self-doubt, inequality reform, and how to leverage the available assets within the inner cities to create jobs, drive growth, and improve quality of life through corporate relationships and minority business development.

Read my Story
THE PODCAST

Lewis has recently launched his Podcast, The Ray Lewis Show “Championship Mentality”, which has received overwhelming reviews. His future objectives in business are to leverage the available assets within the inner cities to create jobs, drive growth, and improve quality of life through corporate relationships and minority business development. 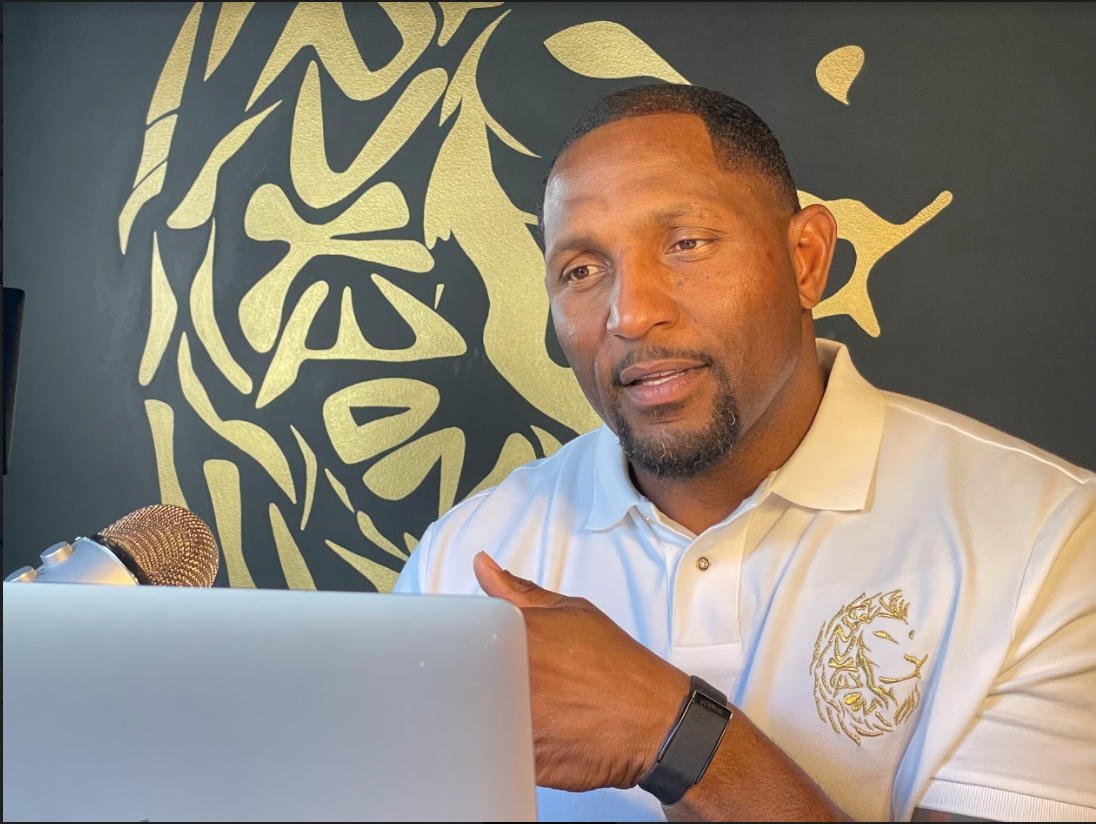 Team No Excuses is a blueprint for the modern athlete’s push to link passion for wellness with partnership, and success with self-discovery.

Dedicated to Serving the Community

Today Ray Lewis devotes his time to being a father, businessman, community builder, and humanitarian. He continues to build upon his passion for empowering others through his philanthropic work around the country but specifically in Baltimore. Lewis always makes a mark wherever he goes to fuel others to their fullest potential.

I Feel Like Going On: Life, Game, and Glory

In this New York Times bestselling memoir, Ray Lewis -legendary linebacker...
‍the greatest defensive players of his generation—holds nothing back on the state of football as well as his troubled childhood, his rise to athletic greatness, the storm that threatened to ruin his NFL career, and the devastating injury that nearly cost him a final moment of glory.
Buy now

BEYOND THE EDGE features nine celebrities trading their worlds of luxury to live in... dangerous jungles of Panama, where they face off in epic adventures ...
watch now
From The Blog

More on the blog
Mindset

Don't miss a beat. Sign up now for our newsletter and never lose the chance to get inspired!

Thank you! Your submission has been received!
Oops! Something went wrong while submitting the form.